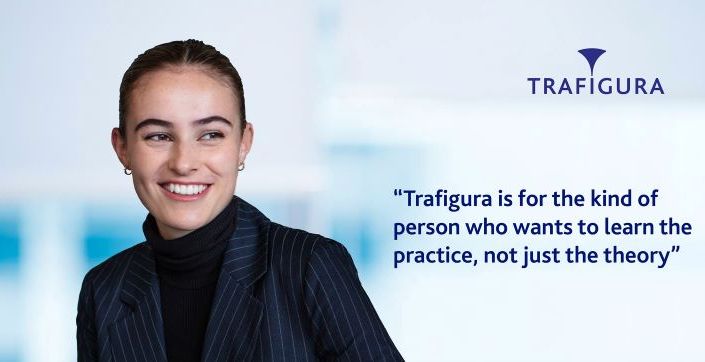 Applications for this unique apprenticeship opportunity have opened again for 2022 and to help spread the word I’m pleased to update and re-publish an article I wrote about the programme last year.

The article was inspired by a former client of mine, Holly-Ann, who joined Trafigura after completing her A Levels in 2019. And with this being National Careers Week, there’s perhaps no better time to raise awareness of a programme that’s different from any other apprenticeship scheme I’ve ever come across.

During many years as a careers guidance practitioner, I’ve learned enormously from some of the students I’ve advised. In particular, the way their careers subsequently unfold often inspires me and demonstrates what’s possible in an ever-changing careers landscape.

As an inspirational case study Holly-Ann, from the class of 2019 at one of the schools I partner with, is up there with the very best of them. She and I had several careers meetings during Years 12 and 13 and her clear aim was to take up an apprenticeship rather than go to university.

Holly-Ann took A Levels in Maths, English Literature and Business Studies and had a determined and competitive streak that stood out. Ultimately, this paid off for her in a big way when she was offered an apprenticeship with one of the Big Four professional services firms, but she declined it in favour of global commodity trader Trafigura’s apprenticeship that she had discovered from her own research. As she told me back then, she had found her dream job. And after successfully negotiating a final round of interviews at the company’s assessment centre in Geneva, she started on their apprenticeship programme in Singapore.

Last summer I had the pleasure of catching up with Holly-Ann on Zoom and she gave me a fascinating insight into the incredible journey she’d been on during the first 21 months since she left school. The following summary is based on my conversation with Holly-Ann and subsequently with Trafigura’s Singapore-based Global Talent Acquisition Manager, Olivia Higgins.

Trafigura and the apprenticeship programme

As one of the world’s largest independent commodity trading houses, Trafigura sources, stores, transports and delivers a range of raw materials (including oil and refined products and metals and minerals) to clients around the world. This involves a complex process that relies on co-operation and communication between various highly skilled teams, each of whom is trusted to make the right decisions at the right times. The apprenticeship programme recruits to two centres, Geneva and Singapore. Applicants for Geneva must either have the right to work in Switzerland or hold an EU passport.

The programme certainly isn’t an easy ride and the numbers recruited annually onto the scheme are limited. The programme is purposefully kept small in order to ensure that apprentices are given very real responsibility alongside thorough on-the-job training and support. Holly-Ann was one of five who started at the same time, of whom three were fresh out of sixth form and two in their twenties. Nonetheless, in terms of career progression and experience it would be hard to find anything that matches it.

To summarise the programme itself, you spend your first year in one of four business functions: Deals Desk, Operations, Trade Finance or Business Analysis. On successful completion, you will then be fast tracked into the company’s two-year graduate programme, with a salary and benefits to match, and you rotate around three other functions in eight-month blocks (which was temporarily extended to twelve months because of COVID-19). Having started in Singapore, Holly-Ann herself is now based in Geneva and, at the age of just 20 was working on the Deals Desk alongside experienced traders and top-calibre graduates from around the world.

As Trafigura’s own brochure says, their apprentices won’t be shadowing or making the tea. Instead, they’re straight in at the deep end with lots of personal autonomy. The learning curve is steep, stress levels can be high and Holly-Ann herself gave me a vivid insight into the buzz on the trading floor. It’s certainly high energy.

There’s no degree-level study involved, but you do need to be highly resilient and proactive in managing your own development. To compensate however, Holly-Ann’s take on it is that anyone with five years’ experience at Trafigura will be incredibly marketable. As she put it, “if you can cope with this, you can cope with anything”.

Having been instrumental in introducing the apprenticeship programme alongside her responsibility for managing the graduate scheme, Talent Acquisition Manager Olivia is passionate about diversifying the junior intake globally:

“Our first graduate intake was back in 2009 and then we were looking for a particular mould of person, predominantly from a finance background from some of the top universities globally. However, now apprentices like Holly-Ann are a highly regarded source of future talent in the company and the heads of trading desks are incredibly supportive of the programme and the people that come through it – and they’re keen to hire more.”

This is not a lot different to the messages I’ve been picking up from some of the big UK graduate employers about diversification.

Apprenticeship recruitment has just opened for 2022 entry, with a closing date of 16th May, and in my conversation with Olivia I asked her for her own take on what Trafigura expect from potential applicants. She explained it this way:

“We’re looking for driven, enthusiastic people with good numerical skills, who want to learn and who are eager to work in an exciting and challenging sector.“

I suggested that perhaps they also need to be people who want to work in a competitive as well as fast-paced environment, to which her measured response was:

“Certainly that’s true – everyone here is motivated and good at what they do, but also genuinely nice people who are always willing to help each other, particularly those at the start of their careers”.

In a nutshell, Olivia says that apprentices can be “anyone from any background who wants to be in this industry, is interested in the way that the world interacts globally and is motivated to learn”.

And as Holly-Ann had explained to me:

”The apprentices bypass getting a degree, so it’s very much for the kind of person who wants to learn the practice, not just the theory.”

Many thanks to Holly-Ann and Olivia for their fascinating insights.

This site uses Akismet to reduce spam. Learn how your comment data is processed. 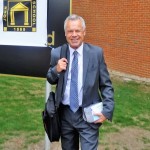